A hernia is an abnormal protrusion of tissue or an organ through the investing fascia that is intended to enclose it. In other words, a hernia is a lump in the body protruding through the walls designed to keep the structures inside.

Hernia repair is generally very effective and with very little risk. So in general our experienced team would recomend hernia surgery as soon as practical after a hernia is diagnosed and before it enlarges.

Dealing with a hernia?

A hernia means you have a weakness or defect in the abdominal wall. You might have a number of hernia symptoms such as: 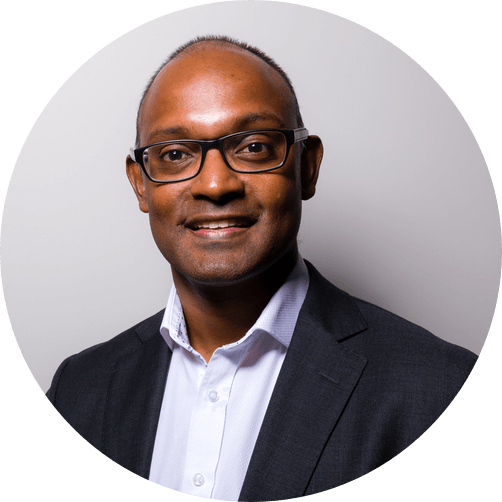 "Once a hernia develops, it will tend to get progressively larger and cause discomfort. If a loop of bowel gets caught in the hernia, it may become obstructed or its blood supply may be cut off. This could then become a life-threatening situation.

Hernia repair is generally very effective but as a general rule the bigger the hernia the more difficult the repair and the more likely a recurrence. As a general rule the younger you are when you have a hernia the longer you are likely to be around for the hernia to get bigger and cause an emergency. Time and activity also means the hernia gets bigger so surgery becomes more complex and more dissection is needed, more foreign material is needed, more complications occur and more herniae recur.

Early repair at the most convenient time is thus the usual recommendation. The stitch in time saves nine is as true today as it ever was! So, our experienced team usually recommends hernia surgery when a hernia is diagnosed unless there is good evidence or reasons to suggest otherwise."

Symptoms from a hernia depend on the location of the hernia and what structures are contained within it. Hernia symptoms can range from vague discomfort to severe abdominal pain, swollen abdomen and profuse vomiting. The most common site of a hernia is the abdomen, around the groin area. Hernias tend to get worse as the day progresses or on physical activity or straining. They usually improve and may disappear completely on lying down.

What are the types of hernia?

There are differing types of hernias requiring different types of repair. Herniae are usually defined by their body location and content (where the lump is in the body and by what is contained within it) Examples are:

"Many hernias are straightforward to repair but some are exceedingly complex with huge defects containing lots of internal structures protruding through into the hernia sac. These present their own set of additional problems such as how to bring the edges of the wound together without tension and how to get the contents back without appreciably increasing the pressure inside the abdomen which may then affect kidney function and make it very difficult to breathe.

This is where planning and work up becomes very important. Large meshes and special techniques called components separation may be required."

If surgery is recommended, your experienced surgeon at Upper GI West will consider the best approach for you.

The standard procedure is to make an incision in the abdominal wall over the hernia. Your surgeon will dissect down until the edges of the defect is fully defined and cleared. The hole is then repaired. Often a prosthetic material or mesh is put in place to strengthen the weakened area. Once repaired, the skin and healthy tissue are sutured back together.

A hernia is often found in tissues that have stretched. This is like the worn out knee area of a pair of jeans. If there is not much wear and the hole in the jeans was small then simple stitching will surface but if the hole is larger or there is significant wear to the jeans then in addition to the stitching a patch is used to reinforce the repair and help spread the load to normal surrounding material of the jeans.

Although patches on a pair of jeans tend to be placed on the outside this is more for fashion than function and professional repairs tend to be on the inside. The same principle is used for hernia repairs.

The traditional inguinal hernia repair employed since the early 1980’s is called a Lichtenstein repair. This involves an incision of 6-8cms or so over the bulge in the groin. The first layer of thin muscle called external oblique is cut open exposing the inner layers where the sac of the hernia is found.

Depending on the specific location of the sac it is either sutured back inwards or tied at its base and cut away. The remainder of the operation is designed to try and stop the hernia coming back.

To do this a piece of mesh (looks like a child’s fishing net - but highly engineered, sterile and significantly more expensive!) is placed over the hernia site and attached to the surrounding structures. The cut muscle is closed followed by the skin.

In a laparoscopic groin repair a TEP - totally extra peritoneal repair is usually the technique of choice. This involves a small 2cm or so incision near the umbilicus (belly button) and 2 x 5mm incisions in the midline between the umbilicus and lower abdomen. Using the umbilical incision the six pack muscle is pushed to one side and a narrow channel underneath it created.

A specially designed balloon is placed along the channel in between the muscle layers towards the pelvis. The balloon is inflated and sterile carbon dioxide gas used to expand the cavity. Two 5mm ports are then inserted under vision and dissection of the groin performed. The hernia sac is either pulled back or just left in place and the inner content pulled away from it depending of its exact location. Then a rolled up mesh is tacked and/or glued to the inner muscle and rolled down over the site of the defects and secured. The gas is removed and the holes sutured to repair.

"With groin hernias, both sides can be fixed at the same time through three tiny holes. Many patients will have a hernia or weakness on the opposite side. It is a bit like having a car with a rusty hole on one door, the other door may not have a hole in it but it has been subjected to the same conditions as the other side so it is likely that there are issues there too they just may not be so apparent yet. Best practice has shown us that addressing problems early reduces problems and improves recovery."

When hernias develop they can become progressively larger and cause more discomfort and complications
Keyhole surgery is often used for hernia repair, especially in the groin
Your experienced Upper GI West surgeon will use the most advanced and appropriate hernia repair techniques for you

Why come to Upper GI West?

You deserve the highest quality of care when you need surgery. At Upper GI West, you benefit from our experience as a group of specialist surgeons.

We have brought together Perth’s most experienced upper gastrointestinal surgeons, all with advanced expertise in laparoscopic surgery and full general surgical training.

Many of our surgeons have taught advanced courses in complex hernia including components separation techniques. You will also benefit from our teamwork that delivers the best possible outcomes.

Contact our friendly team to find out how we can help you manage hernia symptoms and hernia pain whether a small and simple lump or complex abdominal defects.