Single Anastomosis, Omega Loop or Mini Bypass are all terms for the same procedure. It works in a similar way to the traditional bypass by inhibiting or eliminating hunger, inducing early satiety, altering hormones and receptors in the gut which improves energy utilisation and metabolic function.

The single anastomosis gastric bypass was developed as a modification of the traditional Roux en Y gastric bypass to reduce operating time and complications whilst providing similar metabolic effects. It is technically simpler because it involves only one join instead of the two joins required in a traditional bypass.

What is a single anastomosis gastric bypass (SAGB)?

There are numerous variants of this procedure which are now known collectively as one anastomosis gastric bypass (OAGB) procedures.

The pouch of both single anastomosis and Roux en Y gastric bypass procedures are made long and narrow rather than short and wide (as they historically once were). The creation of the pouch involves stapling and cutting the top of the stomach and separating it permanently from the remainder of the stomach. Narrow tubes are less likely to stretch than stubby wide ones. The jejunum (part of the intestine) measured 150-200cms from its beginning is brought up to the pouch and joined to it with staples or sutures. This allows food and liquid to empty quickly into the intestine bypassing the remainder of the stomach, all of the duodenum and the first 200cm of jejunum.

It is the presence of unaltered food entering this far into the intestine before mixing with the bile and pancreatic juices that causes the changes in hormones and receptors, brings about earlier satiety and alters energy utilisation by the body. These effects cause the favourable metabolic changes and weight loss in conjunction with dietary changes and calorie restriction. It thus works in the same way as a traditional bypass and the dietary and lifestyle requirements are identical.

There is no valve to limit the flow of food and liquid out of the stomach pouch and so dumping symptoms can occur especially if excessive sugars, carbohydrates and fats are consumed. This can be mostly avoided by following the recommendations of our dietitians.

The longer length of intestine bypassed makes it a more powerful procedure with higher average excess weight loss and improvement in metabolic comorbidities however there is an increased risk of  vitamin and mineral deficiencies which therefore requires lifelong supplementation and annual blood tests for monitoring.

Single anastomosis gastric bypass is a very effective weight loss treatment. It has a similar weight loss to a sleeve gastrectomy and is probably slightly more effective for treating diabetes and metabolic syndrome in the short to medium term. 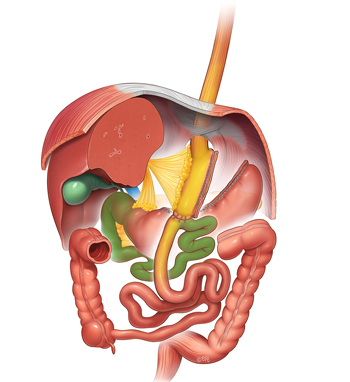 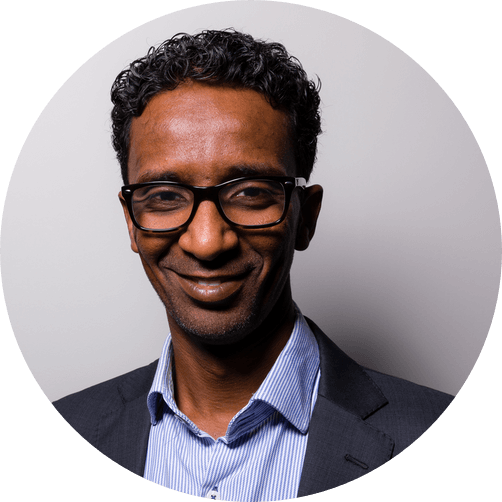 "Whilst single anastomosis bypass is technically easier to perform than Roux en Y bypass there are still some potential issues and side effects inherent to all bypassess, such as inability to visualise the remaining stomach, anastomotic ulcers, dumping syndrome and vitamin and mineral deficiencies. The risk of internal hernias is substantially lower but the trade off is a higher incidence of bile reflux."

We have regularly performed similar and more complex procedures and we have extensive experience with primary and more difficult revision surgery. If this is an appropriate procedure for you then after a full and informed discussion we will draw on our speciality oesophago gastric training and experience to perform your procedure with the skill, time and care  you deserve.

These are life changing operations with many benefits but before you commit to any surgery you should be clear what the requirements are pre-operatively, during recovery and onwards after surgery.